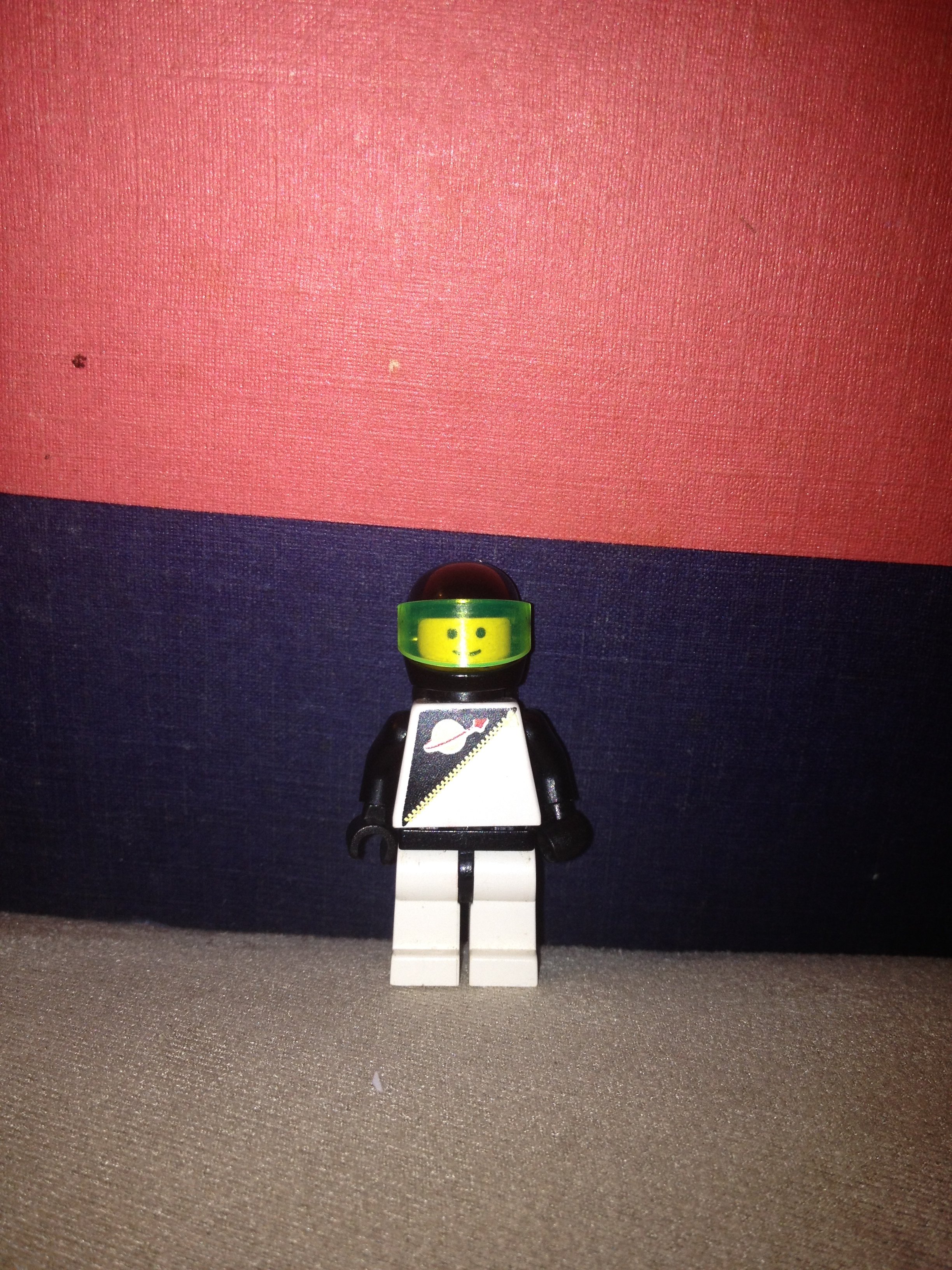 After spending a few hours launching the T-Bolt air rocket, the weather improved to the point it looked like it might be suitable for launching our Payloader II with its included Lego astronaut.

The first try didn’t go so well with the Estes C6-5 motor ignigting without issue but the rocket failed to leave the pad. It completed its burn and then ejected the nose cone and parachute while still on the rod. The pad was damaged with the motor having burned through the blast plate, plastic frame and scorching the grass under the pad. As it was so wet from all of the rain, this wasn’t a problem as far as a grass fire was concerned.

After examining the rocket, it appeared to be in good shape. The failure to leave the pad appeared to have been caused by the engine retaining hook which was pushing on the launch rod. This may have caused the rocket to hang up, although the rocket seemed to slide easily on the rod.

After a reset of the chute and loading another motor, we set it up again with one of our old pads. This time it worked as expected and the rocket blasted into the sky.

The rocket flew pretty much straight up and disappeared against the high clouds for a few seconds until the chute popped and we then began tracking the rocket as it descended. It took over two minutes to finally come back to ground almost a half mile away in two to three feet deep grasses. Luckily we had a retriever with us who was able to sniff it out and make the recovery.

But we soon noticed that it was missing the nose cone and the Lego astronaut and figured it must have come off when the ejection charge fired as the eye-bolt that had been screwed into the base of the cone was still attached to the shock cord. Although it was a long shot, we began to walk around under the area where the chute deployed with the hopes that we might be able to find part of the nose cone. It must have been Iain’s day since we found the nose cone laying in the driveway on the opposite side of the shelter belt. The nose cone had only sustained a little damage, and the Lego astronaut was in perfect shape!